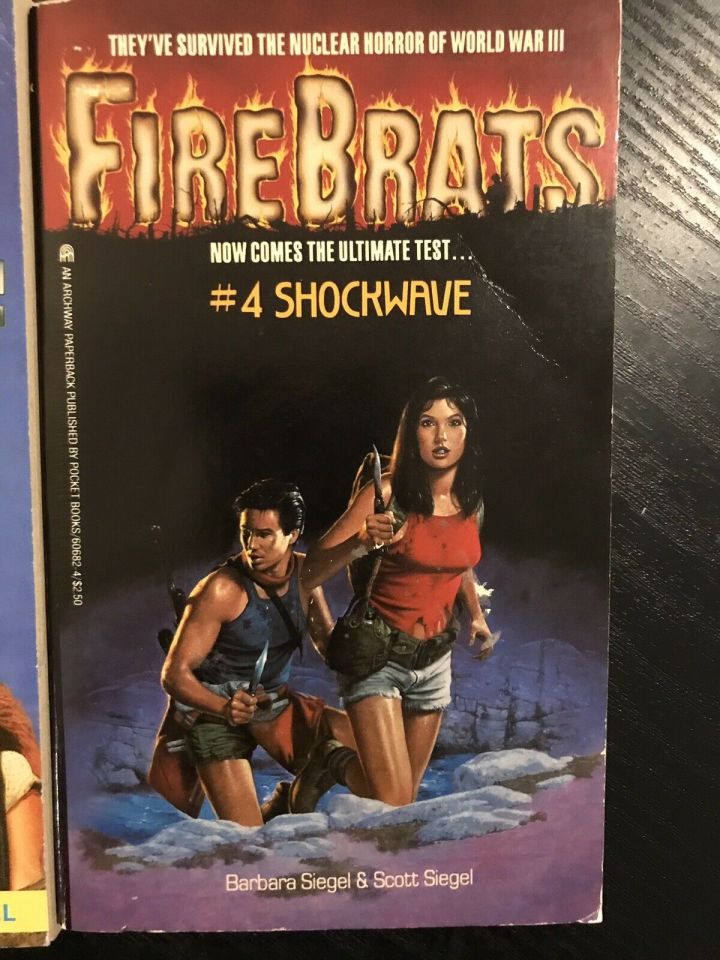 Matt and Dani are crossing the desolate plains when a hailstorm starts to pelt them with baseball sized hail. They manage to find shelter in an abandoned truck stop. Only the truck stop isn’t abandoned but home to an old man named Sarge. They find out that Denver is just ahead. So they trade their matches for some cream corn and Dentyne. While continuing on they notice fires in the city suggesting inhabitants. Matt gets sick from food poisoning and Dani rides ahead to get help. She finds that Denver is still standing but mostly abandoned. She is captured by the survivors who think she is part of the biker slavers that have been terrorizing them.

She eventually gets help from a young man named Brian who helps her rescue Matt and they also manage to sabotage the bikes of the slavers. So the two settle in with the six hundred other residents of Denver. The city survived but most of the population moved south to farm while a few stayed behind. There is a romantic rivalry between Matt and Brian for Dani. Matt decides to continue his quest for California and rides off. Only in the mountains west of the city he makes a discovery. The war has melted the snow and it’s formed into a huge lake. A lake that threatens to burst and flood the city of Denver. So he has to ride back and warn the people of the impending doom of the city.

So the fourth book has our two teens find some civilization still existing in the world. This is the first time they have run into a working society since the war. With the people we get a rival for the affections of the young Dani. Of course Dani chooses Matt and the two continue on after the city of Denver is wiped out. Some interesting revelations are that the town of Fair Oaks that they started from was in New Jersey. So they have been making their way across the entire country. They made it to Denver and sadly that is where the series ends. We never get to find out if they made it to California and found Matt’s family. And they came so close too.

So this was an enjoyable series. An early YA post-apocalypse series before they became popular. Also a rare one which I was lucky to find for a reasonable price on E-bay. Surprised I never found it when it original came out for I jumped on any post-nuke series back in those days. This one goes back to the American version of covers with the Lou Diamond Phillip and Megan Fox lookalikes on the cover which I prefer over the British ones. The authors were a husband and wife team that lived in New York and wrote over thirty books most of them targeted to teens. Not sure if I will ever try any of their other works but this was an enjoyable series.

Matt and Dani are continuing their travel to California. Riding across the plains they are caught in a sand storm. A tall mountain seems to be the the only shelter from the storm. They find a cave and are able to take shelter. While settling in their supplies and then the horses are stolen. Someone is in the caves. They soon discover three kids that were on a field trip to the caves of Thunder Mountain when the nuclear war occurred. Soon after they discover that the valley next to the mountain has wild animals from around the world running loose. They are saved at the last minute by an attacking lion by George Fulton. Fulton and his wife are all that’s left of the small town next to the mountain. He was a vet that took care of the animals at the nearby safari park. They now care for the animals. The Fultons offer to take in the kids and Matt and Dani. It seems like a nice place to live after the holocaust. But on the horizon is a swarm of locusts that are eating everything in sight. Now they must race against time to save themselves and the animals.

The third book in the series now has our two teens finding a nice place to settle down. They have to think about continuing their travels to an uncertain California or settle into a stable place. I like this series for it portrays teens as you would think they would behave in the situations. There is also the continuing romance that is blossoming between the two in a realistic manner. This is one of the British editions instead of the American so the cover is quite different. I don’t like the British one. The teens on the cover don’t look anywhere near seventeen. 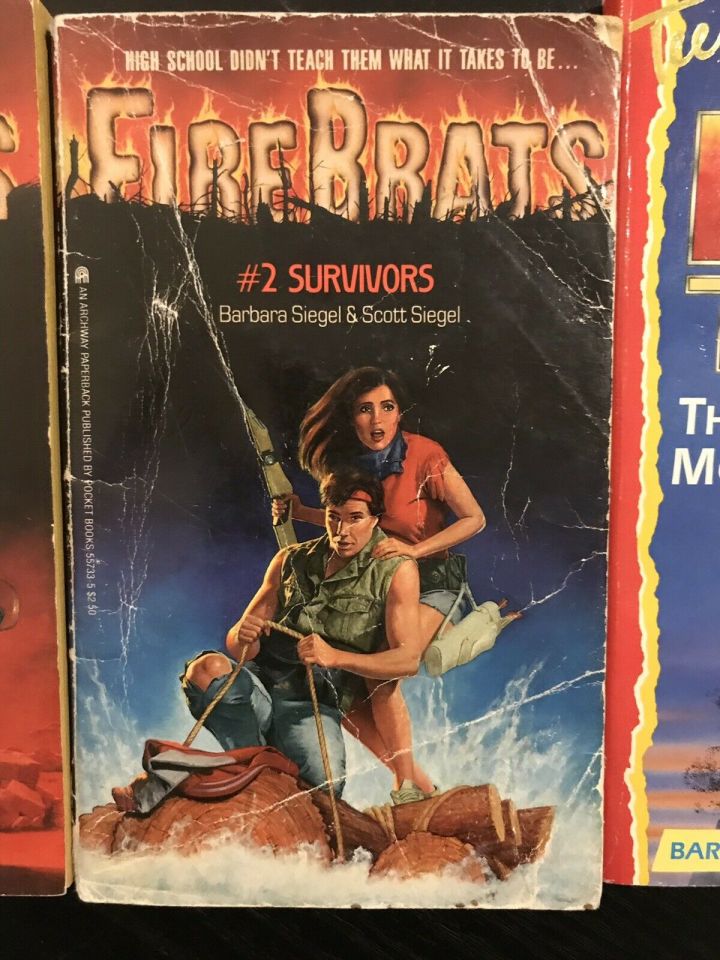 Matt and Dani are continuing their trek to California after the nuclear holocaust. They come upon a major obstacle in a large river. So they manage to make a crude raft and barely make it over the rushing river. On the other side they come on an abandoned cabin stocked with food. They have their first good night sleep. Only in the morning the owner of the cabin comes and threatens them with a shotgun. In the struggle the man is injured. After they talk an agreement is reached. Matt and Dani will take care of the owner until his injury is healed. In exchange they will learn survival skills. The man Payne Ordway show them valuable skills in hunting, foraging and riding horses. As the time comes for them to leave they must fight off a gang of scavengers.

So the second book has our heroes Matt and Dani find this man who is a survivalist. He teaches them useful skills such as knowing its OK to eat Pussy Willows. Apparently the stalks taste like asparagus and the roots like potatoes. Only the brown hot dog like end tastes like paper but still edible. That’s kind of interesting and may come in handy some time. They also get two horses to help them on the journey. Another fun entry in this YA series that has the two teens continue to grow as characters in this post-nuclear world. 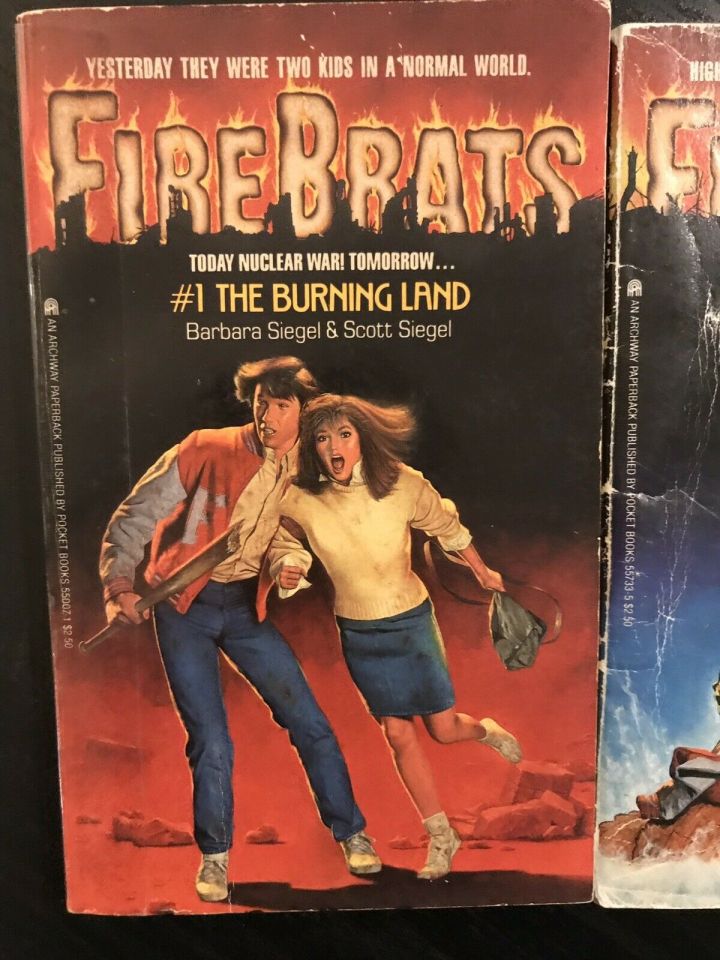 Matt Chandler is a typical sixteen year old. He just asked a girl he likes out and can’t wait for tomorrow. He works at the local theater and is their preparing for a benefit. The only person with him is a girl named Dani Cortland an aspiring actress there to rehearse for a play. Suddenly the emergency broadcast signal is sounded. An announcement that the Russians have launched a nuclear strike. Matt and Dani take shelter in the basement as the nukes fall. For a month they survive on junk food and soda pop. When they leave they find their small town of Fair Oaks flattened. Also they have to fight off a pack of radiation scarred dogs.

So the two explore the town and run into a group of survivors heading toward California. They heard that the west coast so not hit too bad. Matt is excited since this parents were out their visiting his brother. So the two join them on their trek. While scavenging for food the group is attacked by a gang of scavengers. A group of murderers and rapists that escaped the nearby prison after the war. Lead by Marley they take Dani. Now Matt has to figure out a way to rescue her from the vicious gang.

So this is an early YA series from the eighties. I hear that it was rare to find and fortunately found the series on E-bay for a reasonable price. I’m surprised I never got this when it came out since I always scooped up anything that dealt with post-nuclear at the time. The book was an enjoyable read. I liked the characters and found it fairly realistic. The plot does meander a bit but I sort of like the slow pace. They didn’t need to rush things back in those days. A good start to a bit of nostalgia from the old days.