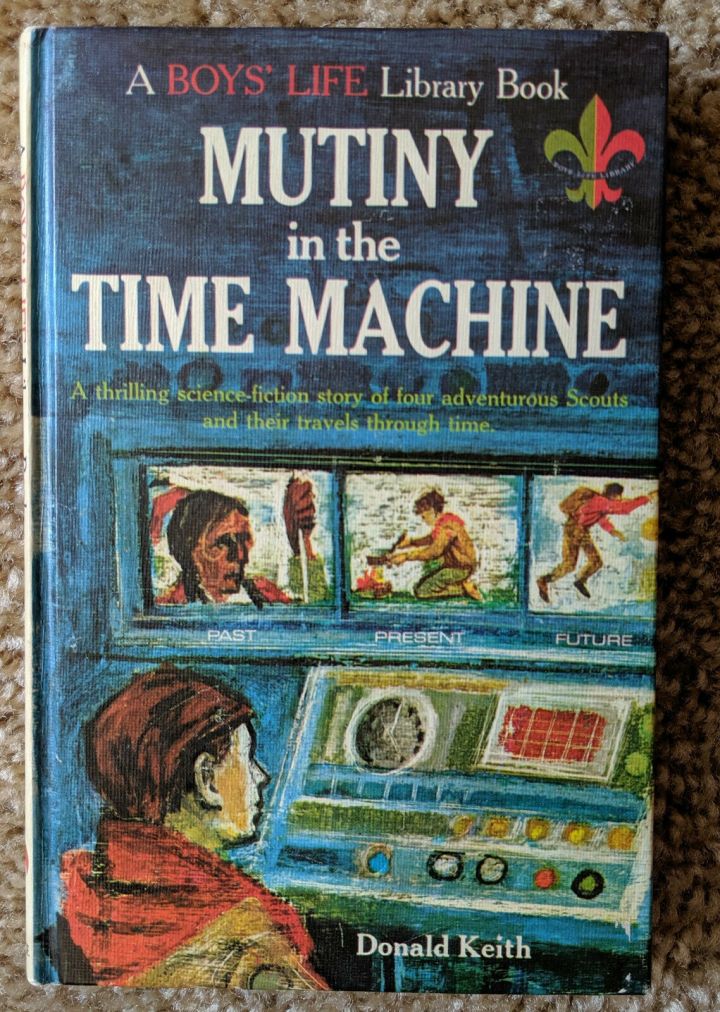 Two boy scouts Bob Tucker and Ellsworth “Brains” Baynes are going to their scout meeting. They cut through a canyon and find a time machine that was uncovered in a recent rock slide. Brains the smart one figures out how it works and the two start taking trips through time. They land in the far future of 5000 A.D. They are captured by a scouting troop. The people of the future are small, bald and toothless. To these future people the boys from 1960 look like savage cavemen. The boys make a friend in Kai a sensitive scout who is an orphan. With his help they escape and take him back to their time.

Later they pick up a young Spartan named Dion from ancient Greece. He helps train the scout troop for the annual Jamboree competition. At some time the group decides to find out who created the time machine and access the monitor that shows events anywhere in time. They find out the machine was covered up by a tribe of Indians back in pre-Columbian times. They rescue a man who is called The Widget. He used the machine from 2030. The Widget and the inventor went back to the Indian tribe to get a formula that can cure the common cold. The Widget convinces Baynes and Dion to revolt and go to the Johnstown Flood in 1889. There is a descendant of the tribe peddling the cure as a traveling salesmen. Now Tucker must somehow rescue his mutinous friends from the evil Widget as the approaching flood threatens them.

So this is another book from my childhood that I decided to seek out. This was checked out from the school library when I was in grade school. The book is a collection of serialized stories for Boy’s Life the magazine of the Boy Scouts. It appeared in the sixties and seventies and the first stories were put together in this book. Its actually a fun book to read. Naturally it has many Boy Scout themes in it. I remember the creepy future with the toothless and bald people. Finding a time machine lying around and going off exploring the past and future sounds like a real fun thing for young boys. Hell it would be fun as an adult. A fun and enjoyable read for children and adults.

3 thoughts on “MUTINY IN THE TIME MACHINE BY DONALD KEITH”