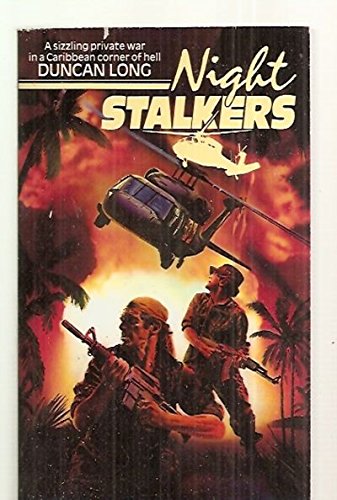 The Republic of Palm Island gets some uninvited visitors one day. Mercenaries lead by the ruthless Andrea have managed to infiltrate the small Caribbean island nation. In a coordinated attack they seize the Presidential Palace and destroy the small police force, taking the popular president and his family hostage. Using his family they force the president to announce there was an unsuccessful coup and he has brought in outside help to restore order. Andrea uses treats against his family to basically create a puppet government. Her goal is to turn the island nation into a criminal enterprise with money laundering for drug dealers and gambling.

Yet rumors of this takeover get out and soon the President of the U.S. has to restore the government of this island nation. Enter the Special Operations Aviation Regiment (Airbourne) known as The Night Stalkers. Lead by Captain Jefferson Davis “Oz” Carson this elite helicopter unit paired with Delta Force takes on the heavily armed mercenaries.

So I heard about this series from Paul Bishop’s blog. You can read the post here. This was an action series from the early nineties about his special anti-terrorist unit of helicopters/Delta Force unit. I’m glad I found this series on E-bay for a reasonable price for it has proven to be an enjoyable read. This first book had a unique premise and was full of action. The author came up with some interesting stories for this series and I highly recommend giving it a try if you like action books.