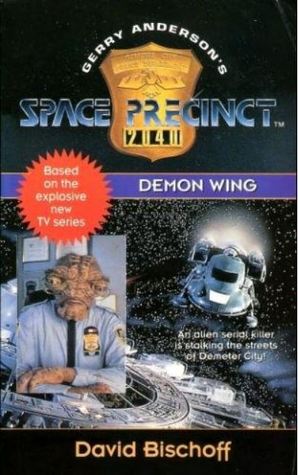 Officers Jack Haldane and Jane Castle are invited by officer Took to attend a Tarn concert. This is a great honor for humans to be invited to this event. At the concert an alien creature tries to take a Tarn baby but Castle and Haldane manage to stop it. Haldane and Castle are then assigned to watch over the baby to protect him from further attacks by this alien entity. Brogan gets a new partner a beautiful woman from Earth. Meanwhile Sally Brogan infiltrates an Earth politicians organization to expose his plans to eventually dominate the galaxy. It all comes together with the alien creature being exposed as being used by the politician and the alien cult he was working with.

So the second book in the series starts out OK. Some mysterious alien creature stalking Demeter City. Brogan getting a new partner that is hot. Haldane and Castle constantly bickering. The problem is how it all ends. It was like the author realized he had to tie this up now and just threw everything together at the end. So we get the Tarn baby developing the power of speech and reason. Seems the telepathic Tarn babies have the capacity in times of danger to call on the racial memory and become smart. There is some alien cult being investigated that turns out to be in league with the human supremacist politician and controlling the dangerous alien creature. Which was somehow split in two. Brogan’s new partner being in the employ of the politician and trying to kill Brogan. They somehow all get magically transported together. The politician kills the traitorous police officer than falls off a building. Everything is great. The end.

So there was some really weird stuff that just seemed to come together that gives you the feeling of what the fuck just happened. I think this book needed a little better pacing. Otherwise it had the potential to be very good. Bischoff is one of those writers who does delivery some far out and unexpected stuff in his writing. Anyway for all its faults it is not boring.

So here is an interesting video on the TV series.