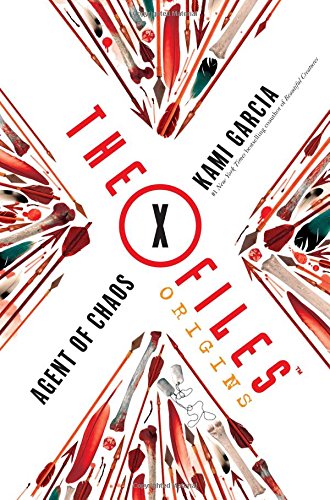 It is 1979 and Fox Mulder is seventeen and about to graduate from high school. He is relocated with his father to Washington D.C. who has work to do for the State Department. His father wants him to enroll in Georgetown and continue on with a career in politics. Mulder doesn’t know what he wants but doesn’t want that. He hears about a young girl that was recently abducted. It sounds just like what happened to his sister Samantha. He later witnessed the crime scene of a young boy whose body is found in a crypt that was also similarly abducted. He becomes obsessed with finding the killer in the hopes of finding out what happened to his sister. Together with his friend Gimble and his girlfriend Phoebe he embarks on his own investigation. It takes him to an isolated cabin in the woods of Maryland and a confrontation with the kidnapper.

So I start to read some good books after the crapfest that was the Marauders. It was a great change of pace. This book is a Y.A. X-files novel and very interesting to boot. Kami Garcia wrote a short story with Mulder as a teen for one of the anthologies and it was an interesting take. Here we get to see a teenage Mulder trying to figure out what he wants to do with his life just like we all had to do at that age. He still has an obsession with finding his sister which was a constant in the series. His friends are a colorful supporting cast. Gimble has a father that was a former Air Force major who witnessed the governments dealings with extraterrestrials. Because of that he was discharged and now is a paranoid nutcase. His girlfriend Phoebe is one of those women who are both hot and a geek into science fiction. Now who doesn’t want a girl like that. Plus the Cigarette Smoking Man and Agent X are secretly observing him. At the end Mulder takes his first steps toward a career with the FBI as a profiler. A very satisfying read.