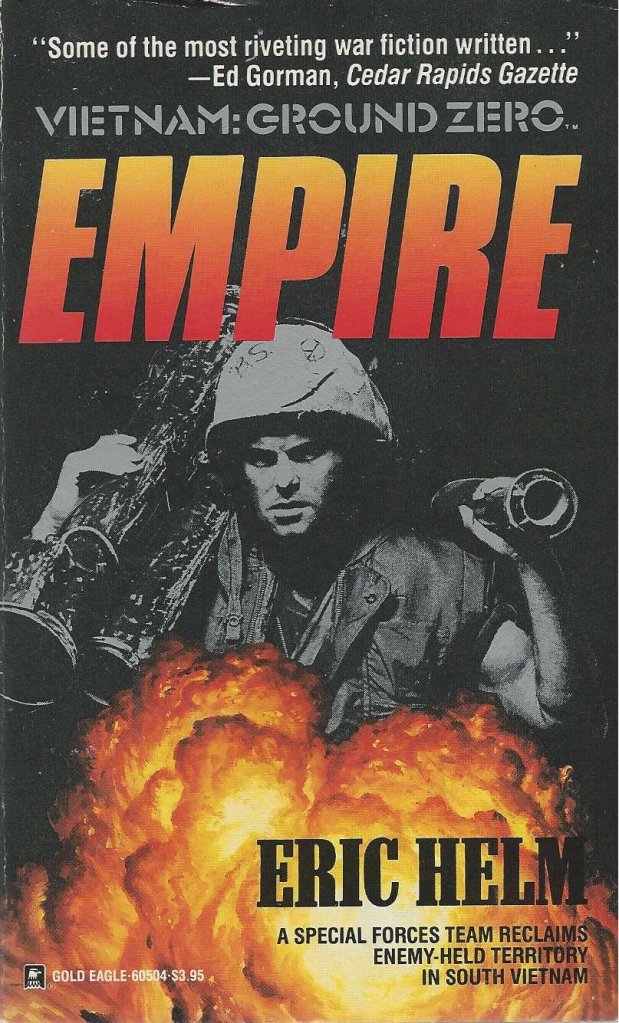 Captain Mack Gerber is at dinner with his girlfriend and Sgt. Fetterman when they overhear a drunk reporter. He goes on how they will never win the war. Gerber decides the show the loudmouth how wrong he is. He will start to implement his plan in the border province of Binh Long. He sets up a camp with strikers and special forces. Then hits the VC. He keeps hitting them until he drives them out of the province. Then crosses the border into Cambodia and wipes their base out. He can then start real civil projects to improve the civilians lives and win them over. In effect he is building his own little empire. Then his old arch nemesis General Billy Joe Crinshaw comes back newly promoted and out to personally pay back Gerber.

The fourth Super book in the series. Once again the expanded format is put to good use. The story was engaging and moved along. I found it an interesting read to see Gerber’s take on how to win the war. It sounded sound and probably would have worked. This book also saw the return of Crinshaw. A sort of demented Foghorn Leghorn that is interested more in paying back Gerber than winning the war. In the end all the gains are given back. Gerber is forced to admit that the reporter was right. As long as they have the leadership they have the war is unwinnable.