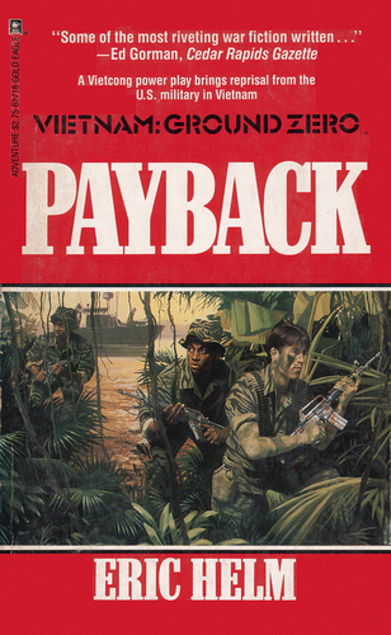 U.S Special Forces Camp A-376 near Phuc Duc. The Tet offensive has just been launched and this camp is overrun by the VC. Abandoning their normal procedure the VC decide to occupy the camp. They want to prove that the Americans and their puppet soldiers are weak. The Americans want this camp taken back so they call on Captain Gerber and Sgt. Fetterman to come up with a plan. They have to assemble the forces and come up with a plan in a short time since it is imperative to retake the camp. Using a daring HALO(High Altitude Low Opening) they drop a squad in to assassinate the leaders and take out the communications while a large force attacks.

So the first thing that comes to my mind is why not just blow the camp away in an airstrike. The author must have figured that would be what anyone would ask and does address it. When Gerber asks that the reply is that it had to be taken from the ground to show they were still strong and the VC were weak. Destruction from the air would not have had the same impact. So basically both the Americans and VC make tactically poor decisions for political purposes. A lot of men on both sides died for it which was probably fairly common during the war. The book showed the perspective from both sides and is an enjoyable read.